The main idea is to move the second part of the signed /ByteRange to the end of the document while reusing the xref pointer within the signed trailer to an attacker manipulated xref. To avoid any processing of the relocated second part, it can be optionally wrapped by using a stream object or a dictionary. In the picture below, two documents are depicted. On the left side, a validly signed PDF file is depicted. On the right side, a manipulated PDF file is generated by using SWA. 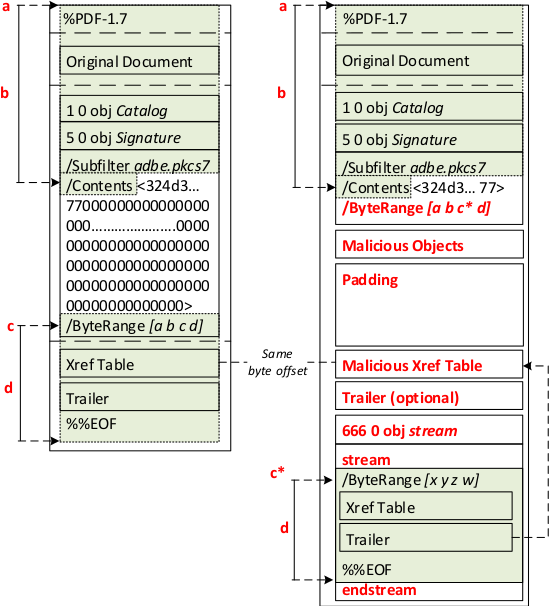 The attack works as follows: